Join in! Do you know interesting posts? Your reviews are also in demand.
Successful treatments and treatments etc. can be presented here.
Everything that may be of general interest. For interesting suggestions just click here

A folk of people who mostly sit or drive

“Comfortable furniture lifts my thinking,” Goethe once said. The great poet did not loiter at work in an armchair, but used a standing seat. Chancellor Otto von Bismarck, in turn, had a saddle made for correct upright work, which was screwed onto a three-legged stool.

According to the Federal Institute for Occupational Safety and Health, people sit for ten to fifteen hours a day. These are people in the office, on machines and production lines and at the wheel of taxis, trucks, buses or trains.

The consequences of constant Rumhockens can be very difficult to compensate – not even with a lot of sports.

The Australian researcher Genevieve Healy believes that there is only one effective antidote: getting up again and again. Together with a team of cardiac and diabetes experts, Healy has equipped 4800 adults with an activity meter at the hip. So she could understand how often someone got up – or just sat there. The team then compared the values ​​with the blood sugar level, the blood lipid values ​​and also the hip circumference of the test persons. The result: As expected, the season-holders did not fare well.

However: “Small changes are useful,” says Healy. She was able to prove that even minor movements had a positive effect: the walk to the printer, the choice of stairs, centrally placed wastebaskets in the open-plan office.

Quinoa has so many beneficial effects on our health that it should not go unmentioned. Quinoa can be used as a substitute for a carbohydrate-rich diet. It is rice-like, tastes nutty and can be used for many dishes. It contains all the essential amino acids, many vitamins, minerals, nutrients, etc. It protects against blood sugar problems, cancer, reduces obesity, does not contain gluten etc. Hier folgen

When running, it is important, rather than hacking better with the metatarsal pay. This strengthens the foot and leg muscles and relieves the heel.
Many foot complaints can be avoided.

Stand instead of jogging

It is no secret that tensions and other physical ailments with the best attitude alone can not be done away with. The sedentary society lives dangerously. The fitness boom of recent years can also be understood as a reaction. The need to balance the physical passivity in the office with intensive training sessions in the evening should have been a significant driver here. Incidentally, this does not only apply to private individuals but also to companies. Fitness and exercise are part of the culture in some companies. An unrepresentative example: At the headquarters of the World Football Association Fifa on the Zürichberg, the lunch break extends over two and a half hours. The 270 employees have an extensive range of sports activities in the countryside. Among other things, there is an on-site gym, and you can play tennis, basketball, beach volleyball and of course football. Fifa understands this palette as a central component of so-called teambuilding. In addition, the sports field has proven to be an excellent platform for internal information. The fact that the employees stay fit should certainly not disturb the employer.

Stand instead of jogging
And what about the great rest of the less privileged who can only dream of such working conditions? You do not have to despair. Because there is hope – even if you should not do sports. Recently published studies by British and Australian scientists indicate that long periods without movement – for example, at a desk in the office – through jogging, steppes or other sweaty affairs can not be made up for. They stay unhealthy. The risk of becoming diabetic or having a fatal heart attack remains unchanged under these conditions. Rather, the key to a better physique is to do exercises that do not push the body to its limits: low-level physical activities are trumps, according to these studies. Explicit mention is made of the possibility to regularly defend your legs. Another option seems to be getting up. Who stands, does the body good. There are other muscles than when sitting to train. The blood circulation is promoted, whereby oxygen and nutrients circulate better in the tissue. In addition, when standing, fewer bad postures are possible than on an office chair, says Barbara Zindel of the Rheumatism League Switzerland. The advisory literature has long integrated these findings. Suva thinks it’s best to do two and a half hours of daily office work. (Source)
My suggestion: Get up at least every 2 hours and walk around a bit. Or dance standing up while presenting music. That brings momentum and is fun. Or: There are now automatically adjustable tables for sitting and standing position.

The picture below was taken in a bistro, because it shows that people have already made in-depth thoughts about the right diet at the time of Hippocrates (around 400 years before Christ). Hippocrates, written here in Old English, stresses the importance of food as medicine! This is certainly still very topical in the age of industrial convenience food: 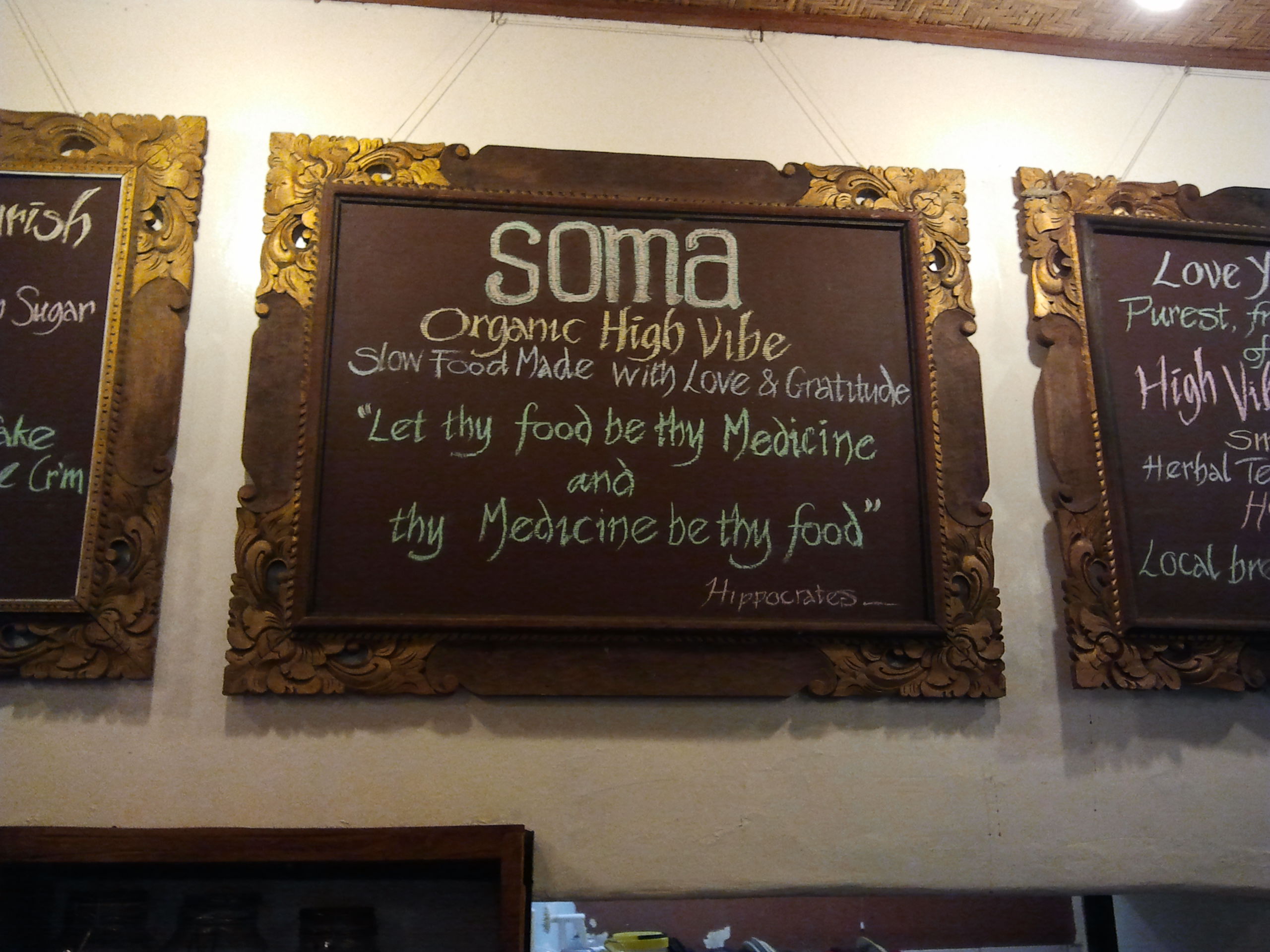 This is also interesting for those who want to try Moxa or already work with it.

Dear Friend
if you are still using the traditional rolled moxa stick and now there have a new item to instand of it.
fashionable design and convienecne to take it.
The old traditional Chinese medecine Therapy—moxibustion.
www.aiaitie.com.cn 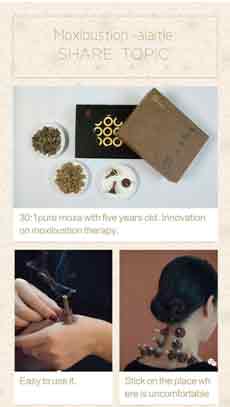 General knowledge for healers:
Soon a contribution to make sure that everyone
can interpret a blood test itself.